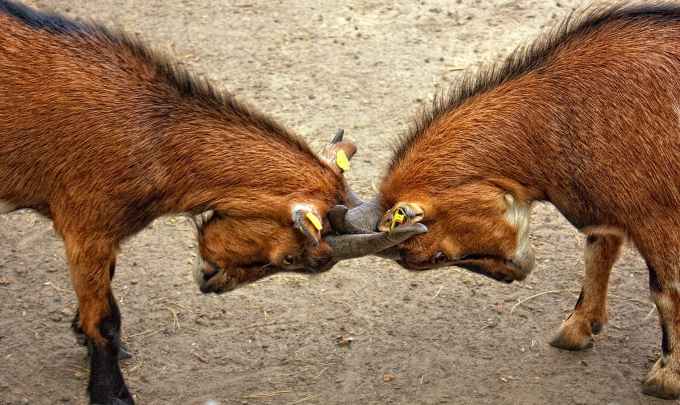 The pen is mightier that the sword.  —Edward Bulwer-Lytton, 1839

Last Tuesday, my husband decided at the last minute that he wanted us to attend a wine tasting at a local restaurant. I live in blue jeans and the wind had whipped my hair into knots all over my head that day so that my short blonde hair was looking a little ridiculously fluffy.  After a slight panic attack, I realized that my one pair of black pants was indeed clean and I had a full can of hair spray at the ready. I finally agreed because we haven’t had the chance to go out together much as adults lately, and, well, there would be wine.

I found myself at a table with people where the conversation flowed easily. We covered topics ranging from family vacations to the way adults talk to each other in political arenas.  I mentioned that I find it very ironic that while we are focusing so much time and energy with campaigns to reduce bullying in school, adults no longer seem to be able to discuss their differences, especially in a political area, without slinging insults and name calling.  If we want to figure out where our children are learning this behavior all we have to do is look at ourselves.  Someone said, “Kim, there is your next blog!”  I cringed at the thought of blogging about anything dealing with politics and shook my head. No.

In my car, the day after the wine tasting, I was having a little conversation with God about what he needed me to do with this blog this week.  I was bold enough to ask him if he really thought that I had anything else to add to the subject of nasty politics and our inability to come together without insulting.  Surely, dear Lord, you don’t need ME to approach this subject.  It’s politics.  It’s messy.  I don’t like it.  Can’t you just send a message in a burning bush or something? Put that burning bush in a bully’s yard!  Oh, that would be fun. I am not qualified. Pick a social worker. Pick a teacher.  Pick a mom who has a kid being bullied. Pick anyone but me. I have already had to cover deep subjects.  I want to write about sunshine and rainbows.  Can I please write about sunshine and freaking rainbows?

The problem with even mentioning politics is that we immediately feel the tension in the air.  We begin to take guard before we even know the subject or the stance of the person starting the conversation.  The shoulders go up around the ears and the eye begins to twitch because politics brings out the worst in people. Even if we aren’t talking about taking a particular side, the finger starts pointing.  “We aren’t bullies, they are!”  Stop.

I’ve had multiple conversations about how I feel the meaning of the word has changed substantially.  I grew up thinking of a bully as the guy who would use physical aggression against a known weaker kid to either humiliate or to get something he wanted.  He was the kid who beat up people for lunch money.  He was the guy who would punch the fat kid in the stomach and then take his glasses.  Name calling, taunting, or teasing were just name calling, taunting, and teasing. I had my fair share of teasing, but I never felt bullied because bullies hit, hurt, and caused repeated injury. Right?

Some weren’t able to shake it off quite as easily as I did in school, and I hope that I helped dispel as much as I could for those kids, but I bet I was not as saint-like as my memory would have me believe.  Some kids never learned to fight back or stand up and they got blasted day in and day out.  Sticks and stones may break bones, but names and cruel rumors can surely crush a spirit.

I went to lunch today with friends from high school.  It was the first time we have all sat at a table together in thirteen years. Somehow, the bully word came up and we talked about the changing in mindset and what the word means to each of us.  We talked about what we remember of the kids who got taunted at our school and the realization came to mind that how much you remember depends largely on where you fell in the social ranks.  The bullied remember a lot more.

It has been my experience again and again that if you ask God to tell you what you need to do, you better brace yourself for the answer. It rarely is something you would think of yourself. On Saturday, I opened Facebook and saw that a friend posted a silly GIF in response to an even sillier meme on a community page regarding their take on an upcoming special election.  Neither were particularly harmful but the response that followed came from someone who is known for inflammatory comments and he was at it once again.  He no longer lives in our community yet trolls the community pages and delights in criticizing and insulting all who live or serve here.  In a protective mode, I made a huge, stupid, mistake.  Being an adult, I should have known better but I responded, I engaged, and I provoked.  People like this are not looking for truth. They are looking for an emotional response that tells them they hit a nerve.  The information they attach to your name isn’t true and you know it, everyone who knows you knows it, and yet, you feel the need to defend, because it is a public page and all the world can see what this guy is saying about you, your family and your friends.  I played into his hands. I ruined my day, my mood, and I lost sunshine, sleep, time, and self-respect.

For the record, I do want to point out that I only stooped to name calling in my very last comment when I called him a “complete ass”.  It was in response to the slander he posted about my friend, not that it really helps my case at all. Would that have happened if we had been in the same room? Maybe, but I bet I would have walked away a lot quicker than I did when I was behind a phone screen. Behind a computer or phone screen, someone can edit and think, and re-edit and rethink before posting a rebuttal thirty minutes to two hours later. During the course of the day, I was repeatedly called a nice, spineless, half-wit and I let it wear on me.  As the day wore on, it became clear that the man I was dealing with had a true problem and I almost felt sorry for him.  The world he lives in is not the same one I do.

When I was going through it, my face felt like it was on fire, my hands shook, my heart raced, and I truly felt I was fighting off a physical attack. Indeed, this was bullying in a very public and physical way. I was not going to let someone slam my head into a locker.  Didn’t he know I was the cool kid?  I am likable, smart, and funny.  I do not get bullied! Right?

It wasn’t even until the next morning that I could see any of this as part of the conversation that God and I had been having all week.  I blocked that person on Facebook so that I can no longer see anything he says.  What he says about me isn’t important.  I got the lesson that I needed out of it, and it had nothing to do with the names he called me or the accusations against my friends and husband.  The lesson I needed came from my daughter’s mouth.  “Mom, you tell me not to engage.  If kids behaved at school the way adults do online, we would get suspended.  You guys are worse than teenagers.”  Ouch.  She is sixteen and schooled this momma.  She went further Sunday evening at dinner.  “I am just really mad that you let him get to you.  We don’t get to spend that much time together anymore, and you let him ruin our day.”

Then I knew that I was the child.  She had become the adult and the conversation that I had on Tuesday at that wine table had come full circle.  What are we teaching our children?  What did mine learn from me this week?

I challenge everyone this week as they are posting the funny memes, the GIFs, and comments in public forums to really consider what it is that you are saying.  Maybe it’s not even that the person on the other side of the screen doesn’t deserve the criticism, but if our kids did it at school, at home, at the park, or on the field, how would we feel about it coming out of their mouths?  Do we want them treating each other the way adults do when we are talking politics? I am not sure what else I can add to the subject except that it makes me sad.

Gun control is a hot topic right now and people on all sides of the argument are anxious. Just like any other topic, I have friends on all sides.  We have sat across lunch tables and talked about our views.  I have received emails, texts, and Facebook messages from those who have different opinions than me and I have been blown away at how we can all have such different opinions and talk to one another in very respectful ways. There isn’t one person that I agree with fully on the matter, but I have no delusion that I have all the answers.   In listening to others, I have learned so much, and have had to take into consideration things I would not have known on my own.

I learned nothing on Saturday through the polarizing insults about the subject we were originally commenting on. Nothing.  But I learned a lot about what it feels like to be bullied.

My prayer this week is that we can learn to start listening to one another again and to recognize the bullies when we see them.  The power we give them is not always physical.  The pen is mightier than the sword.  Use it wisely.